The domestic condition was poor this eveing so that we closed regular round table with domestic CW friends on 40m band very shortly.
After that I called CQ with bug and paddle and then bug again on 7026KHz as usual. I confirmed by the Salt Lake City Webradio that my 150W+HB9CV signals are falling in Utah, USA with decent strength.
Wow, N5JB, John called me. His KW+3ele Yagi signal was very strong, it was real S-9 on my FT2KD s-meter with VRF+IPO on.
It was 1st ever QSO with him but he kindly introduced his job before retirement and it was very interesting because he was an engineer for microwave telecomunication network system design like me. And His companies were competitors of my company. :-p
We finished our QSO promising next one. 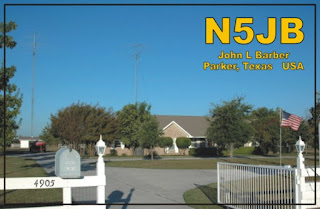 After that QSO, KO6U/m, Nathan called me. It was long interval to see him again on the air. Unfortunately his signal was too weak and unstable to enjoy chat. But anyway it was happy to hear his vivid pounding from car on the way to his office.
Hope to see him again soon in much better condition.

I am so surprised that CWers detail stories with the code!

Even we use phone mode, it takes about 5 or 10 minutes if we talk about our jobs to each other, doesn't it? How long do you chat in average?

Now I can talk just 599BK and no listen to story. I hope I can talk freely with the code.

ocr-san
I guess it's depends.
But IMHO, generally CWer reads between lines of Morse Codes and get much more than what they actually send. So time to become friendly each other seems much shorter than doing by phone.