An international percel has been arrived yesterday from Germany.
It's 14-18-21 version.
Today I opened the box and made innventory and assembled its center plate. 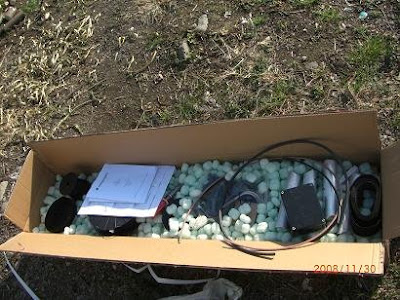 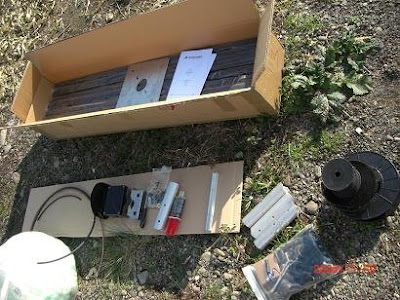 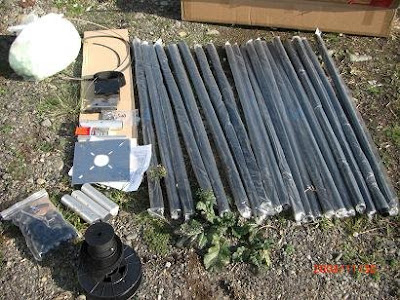 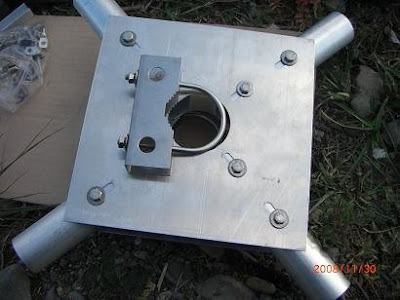 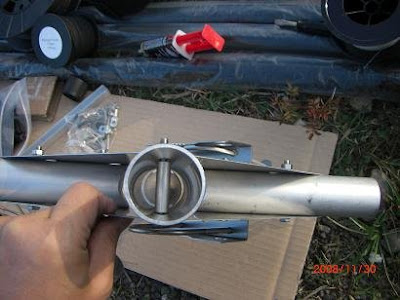 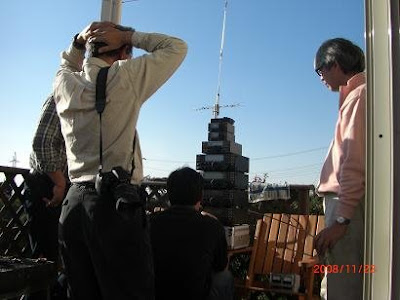 We had a wonderfull eyeball meeting at JE1RZR, Manabu's home in Miura-city last Saturday.
Local CW related friends gathered there.
The main purpose was to confirm how quiet (low noise) his location is compared with those of my location in Machida-city.
As the conclusion, His loacation is obiously quieter than mine.
Therefore, I believe K2 with wide filter setting is confortable very much for long ragchew than using K3 there.
I think K2 is the best CW rig under the circumstance of no interference.
K3 has nice fuction to fight against heavy QRM & QRN, So it's the best in contest.
Posted by Atsu JE1TRV at 5:54 pm 4 comments:

In March, 2007, I had a chance to visit USA on business trip.
That was 2nd time to visit USA. (1st time was about 20 years ago as my honeymoon.)
I stayed in Dallas, TX. At that time I have no friends in US yet.
So I searched internet and found amateur radio club near dallas.
Then, I've sent an e-mail to the secretary of the club.
Soon, I cloud recieve kind message. They are welcome me to make an eyeball meeting there. What a nice peoples there, I thought.

Today by chance, I found my callsign in their club news,

I recalled warm friendship of US hams
Thank you Irving Amaeture Radio Club!
Posted by Atsu JE1TRV at 8:00 pm No comments:

CW is very weak when QRM from Digital or Phone exists.
So as a CW man, I strongly request to extend CW only band.

The MIC accepts public comments until Dec/12/2008.
I know MIC might not change their plan easily even they get against comments.
But anyway I'm going to write my opinion as one of a CW operator.
Posted by Atsu JE1TRV at 10:03 pm 3 comments: 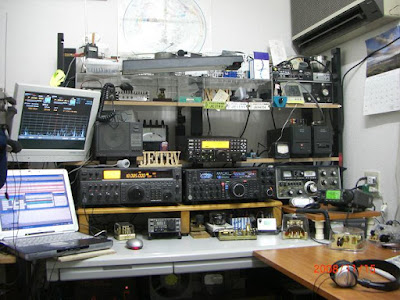 Here is my current shack.
Posted by Atsu JE1TRV at 6:22 pm 9 comments: 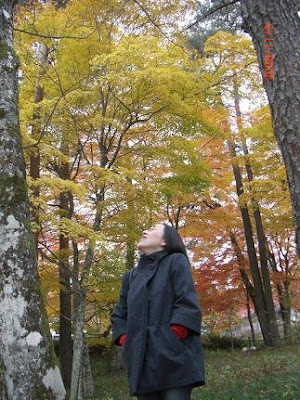 Last Sunday, I drive with Kyoko (XYL) to Yamanakako lake to see autumn leaves.
It was chilly cloudy day (only 5C at noon) but it was the best time to enjoy colorful leaves.
Posted by Atsu JE1TRV at 10:51 am No comments: 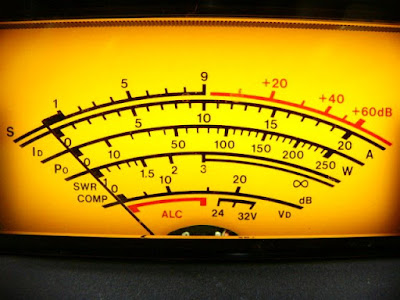 I like Analog meter better than Digital bar graph meter.
I think I am an analog generation.
I don't like video game, I don't like cell phone.
Internet and PC are just a convenient tool but not a fun thing.
Posted by Atsu JE1TRV at 11:20 pm 3 comments:

Accident in this morinig at commuter train

This morning I encountered a small accident at Noborito station of JR Nanbu line.
Time was around 8 o'clock. Just a peak of rush hour.
I jumped into the train that was about to close the door.
After me, a beautiful young lady tried to dash onto the train.
But, she stumbled on a gap between platform and the train, then fell on her bottom with her legs widely open to me!.
I was glued to her crotch and could not help her...
She stood up by herself but her shoe dropped onto railraod from the gap, though.
The train door closed heartlessly, then started as nothing happen.

Last night, around mid night 40m band became incredibly quiet.
I could wrkd wid K6ZB, Bruce.
I've heard his sigs several times before but my system could not receive his sigs strong enough for chatting.

My QTH, Machida-city, is so-called a "bedroom-town" located about 30km south of central Tokyo.
My favorite 40m band is always very noisy here compared with those in country side.

Since I put up a 2-elemement HB9CV antenna 2 years ago, my sigs has become well reached in west coast area but unfortunately My ear hsn't become better enough to enjoy chatting.
Posted by Atsu JE1TRV at 7:07 pm No comments: