This is the 3rd time post about the Spider-Beam after some months silent.
I've been no work on that antenna since it was cold for outdoor work. But after spring, I was reluctant to work with that antenna.
Beacuse I must measure and cut all 9 elements (3ele for 3 bands) from one signle wire reel. Also, instaruction manual is not so kind enough for me.
However, I managed to measure and cut and terminate all elements and other parts including KW bulun, etc the week before. 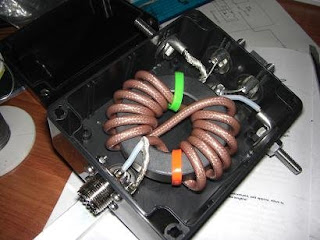 And finnaly, I found a nice wide open space near my home in Machida, Tokyo, So I tried to assemble the Spider-Beam on the ground. 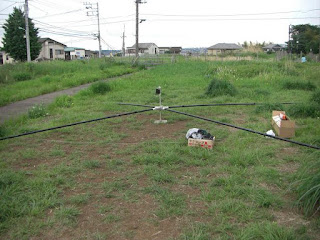 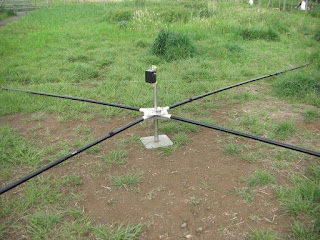 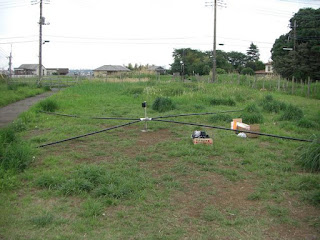 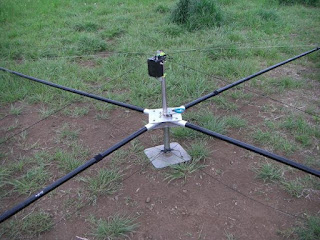 All booms are assembled. It took more than one hour. And I gave up to continue assembly since the lenghth between blun and 15m & 17m band's radiator was too long and needs re-work on mounting of blun on th mast. 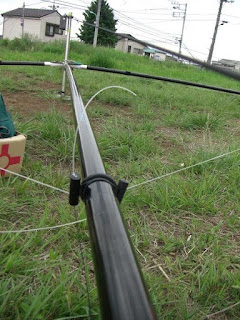 After trial assembly, I found the base hub plate had damaged as shown in the photo below. The hub plate seems too thin to support moment during installation. 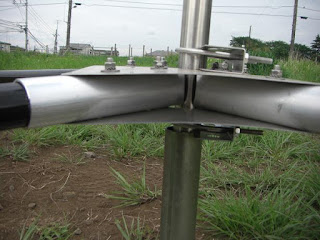