I’d like to introduce some of my recent off-the-air activity for promoting CW. 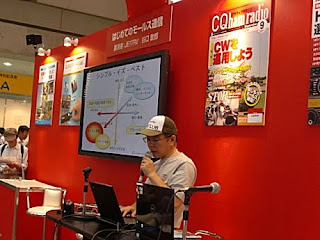 2) On the same day, a new book titled “はじめてのモールス通信”(Hajimeteno Morse Tsuushin)=”The First Step of Morse Communication” has been issued from CQ publishing co. The book is written for no-code ham and even for non-ham operator who has no knowledge about radio amateur at all. 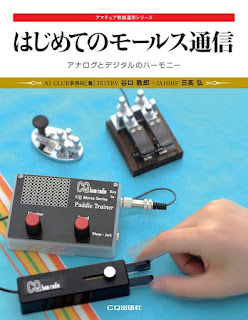 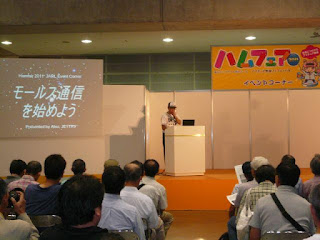 4) Before Hamfair, I co-operated an interview from JOCX (Fuji TV Broadcasting Co.).
Since there was no enough time before on air, the TV crew requested me to work on my shack and asked real QSO with other ham. I asked my local station JA1HMK, Ron-om to have schedule QSO and showed our chat with both English and Japanese Morse code.
In my small shack, they recorded many scenes for an hour but I haven’t been known how they edited the contents till I saw the result on the air.
Screen shot of TV 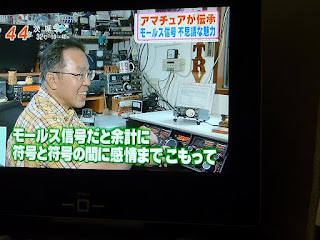